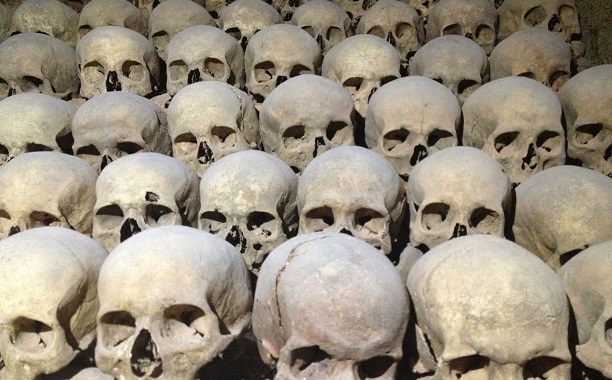 The sixth mass extinction, formally known as the Holocene extinction, could spell the end of the human race and according to a new study, it might already be well underway. And it doesn’t end there, as the study’s authors claim that humans are likely to blame.

Dinosaurs disappeared sixty-five million years ago in what is known as the fifth mass extinction. CNN reports that the past five mass extinctions on Earth were caused by large-scale natural disasters such as volcanic eruptions and meteors, which wiped out anywhere between half to over 95 percent of all of the living species on our planet.

According to the researchers behind the study, which was published in the journal Science Advances, the latest mass extinction does not come as a result of freak acts of nature, but instead, it’s as a result of man-made changes to the environment such as overfishing, deforestation, poaching and global warming.

Paul Ehrlich, one of the study’s co-authors and the Bing Professor of Population Studies in biology and senior fellow at the Stanford Woods Institute for the Environment, was quoted by Stanford News as having said that “we are now entering the sixth great mass extinction event.”

Ehrlich and his co-authors claim that the window of opportunity to save threatened species, populations and habitat is closing rapidly.

The study’s lead author, Gerardo Ceballos with the Universidad Autonoma de Mexico, indicated that “life would take many millions of years to recover” and humans “would likely disappear early on” in the human-caused Holocene extinction.

An unrelated study recently published in the journal Environmental Research Letters claims that the winter death rate won’t decrease as a result of global warming.

A study published earlier this year in the journal Science found that global warming and rising temperatures could lead to one in six species becoming extinct.