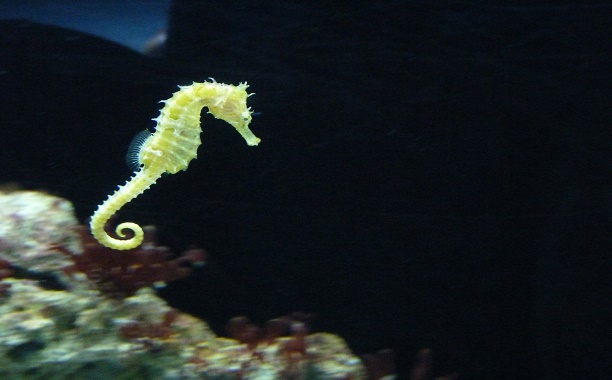 We see limbs every day, whether they are our own or the limbs of animals. When we see something every day, we tend to overlook their characteristics while maintaining the thought we’re an expert on whatever it is. Now, I don’t mean to point fingers, but we all know what happens when we assume we know everything about something.

Scientists at Clemson University decided to combat the ignorance by testing out just how little we know about the limbs we think we know so much about. Seahorses are creatures who use cannot live with their limbs, but there’s a catch. This limb of theirs is not round like the rest of ours’—it’s a square prism.

This discovery, which was reported in the journal Science, was made by a team led under Clemson’s Assistant Professor of Mechanical Engineering Michael M. Porter, may change engineering as we know it.

Instead of the more common cylindrical shape in limbs, seahorse tails are square prisms encompassed by bony plates connected by joints. That realization led the team to believe the structure is what allows the tail to have better grasping ability and crush resistance than cylindrical tails. In order to find out if this was truly a functional advantage, the team made a 3D-printed model of a square-prism limb and typical cylindrical limb. They tested the durability of the shapes by whacking each with a rubber mallet and bending them in various ways.

What they found is that the seahorse-mimicked limb was more durable and resilient because of the abnormal structure. The tail consists of four L-shaped plates that surround a central vertebrae, as well as ball-and-socket, peg-and-socket, and gliding joints. This physiological combination allows the limb to increase surface contact and grasp objects with more control.

In a press release issued by Clemson University, Porter said the discovery provides a pathway to developing new types of armor and robots. The hope is that they can create search-and-rescue robots that move like snakes and can contract to fit into tight spaces.

Porter plans on applying what they learned to building such a robot. He is working with Clemson professors Ian Walker from the Holcombe Department of Electrical Engineering and Computer Science, and biological sciences professor Richard Blob.

“We haven’t gotten that far with the applications side of things yet, but we see a lot of potential with this device because it’s so unique,” Porter said.

We haven’t gotten that far with the applications side of things yet, but we see a lot of potential with this device because it’s so unique

In other news on the latest robotics coverage at Immortal News, a South Korean robotics team won first place and $2 million at the DARPA robotics challenge in June for completing eight tasks that resembled the 2011 Fukushima disaster in under 45 minutes.