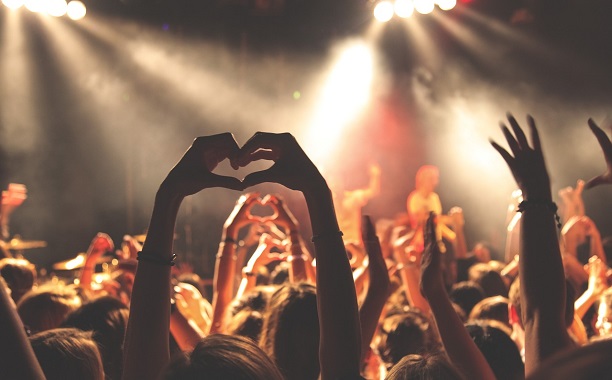 Mcelfresh, 23, was accused in January 2015 of engaging in provocative text messages and social media messages with more than six teenage girls, the NY Times reported.  Some of the cases allege exchanges of sexually explicit pictures and phone calls.

Although he has not faced criminal charges to date, Mcelfresh announced earlier this year that he would suspend all of his performances until the cases are solved, including his headlining performances with Warped Tour.

In a public statement issued on his Facebook account, Mcelfresh indicated that he’s “taking the appropriate time to assess these very serious allegations” against him and that he is by no means taking them lightly. Until which point, he has effectively suspended any current touring activities.

Although he stuck to his word about his performance suspension elsewhere, the musician made a surprise appearance at Warped Tour’s stop in Nashville. Several of the artists, including touring band Senses Fail and Hayley Williams of the band Paramore, released statements in regards to Mcelfresh’s behavior.

I still believe in you, scene. Demand better bc you deserve better. No more excuses for boys just "being boys". https://t.co/iafnf78Vyw

Kevin Lyman, Warped Tour producer, told reporters that Mcelfresh’s case was blown out of proportion. and that the tour’s management “stepped in and got him into counseling” while they were in Nashville.

The kid got himself in a little trouble…No charges, no court appearance, no restraining orders, nothing. It was a ‘stupidity of the road’ kind of thing. We stepped in and got him into counseling right away in Nashville

According to federal law, the exchange or possession of sexual images of minors is potentially a felony.

In another statement released on Mcelfresh’s Facebook page back in April, the artist stated:

Over the course of time I found myself involved in text based relationships with a handful of women…I liked the new attention and conversation. I liked that these people were interested in me and what I had to say…I suddenly had a handful of “online girlfriends” one text away. Something that was a blessing and a curse.

Public statements by the women Mcelfresh’s engaged in relations with can be found on the girls’ Tumblr accounts. One of the victims also posted a phone conversation between herself and Mcelfresh on her account.

There are no current reports on the outcome of Mcelfresh’s case.