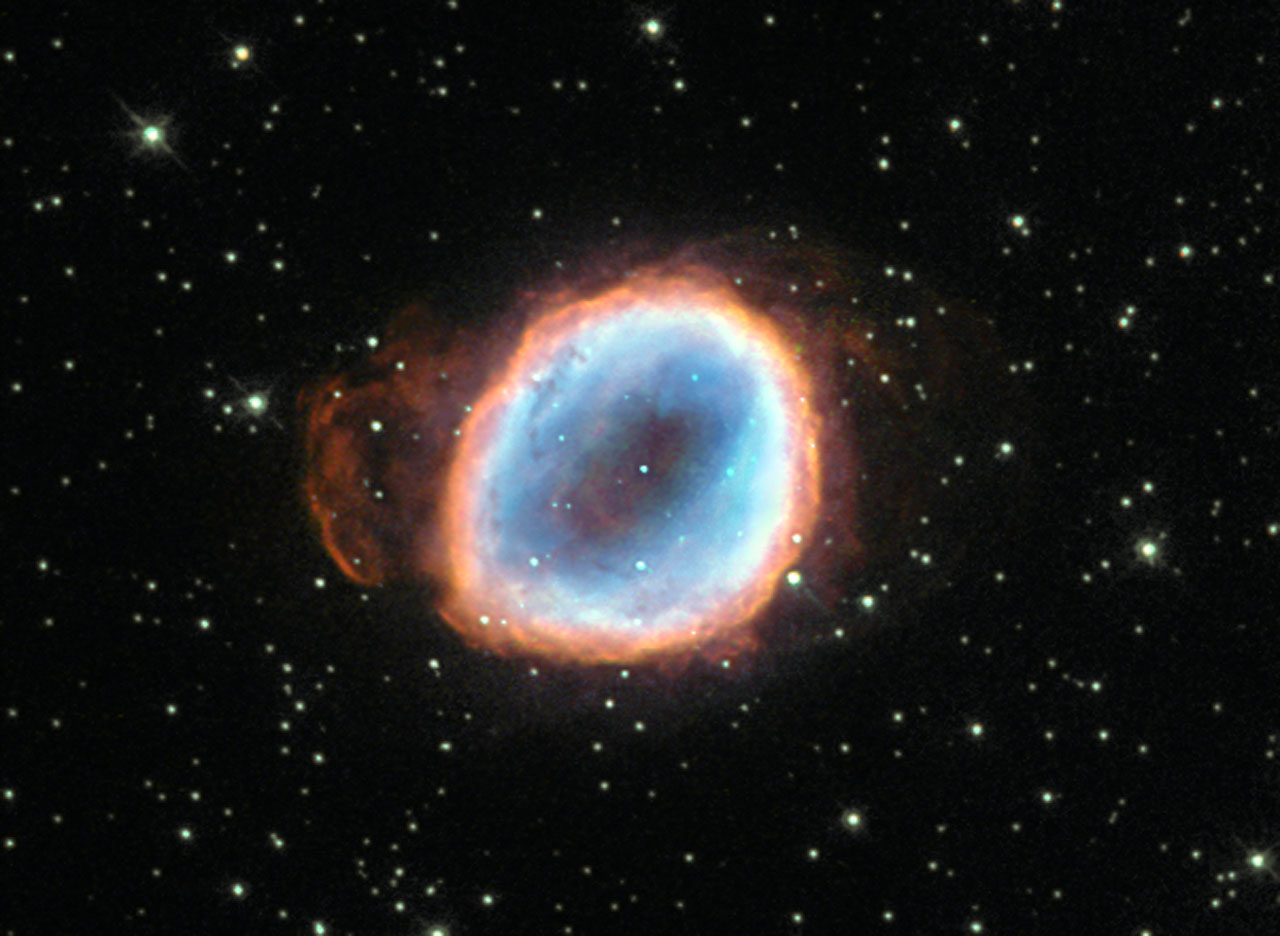 The European Space Agency and the National Aeronautics and Space Administration’s Hubble Space Telescope captured stunning imagery of the Lagoon Nebula, a cluster of stars, gas, and dust 5,000 light years away from Earth, reports The Mirror.

Also known as Messier 8, the nebula is famous for its solar activity. The new image, which was captured using infrared and optical light, shows solar winds generated from funnels of gas and dust churned up by hot stars. Located in the constellation Sagittarius, the nebula is named for the lagoon-shaped cloud of interstellar dust in its center. In the middle of the nebula is a bright star, named Herschel 36.

Planetary nebulas are stars giving off a glow of gas at the end of their lives. The image caught by Hubble shows the Lagoon Nebula in what NASA referred to as its “final moments” – but according to The Huffington Post, “moments is a perhaps a bit of stretch, as the star’s death is unfolding over a period that will last tens of thousands of years.”

And the term ‘moments’ is perhaps a bit of a stretch, as the star’s death is unfolding over a period that will last tens of thousands of years. At the end of that span of time, the star’s light will fall off dramatically and the nebula will fade from view.