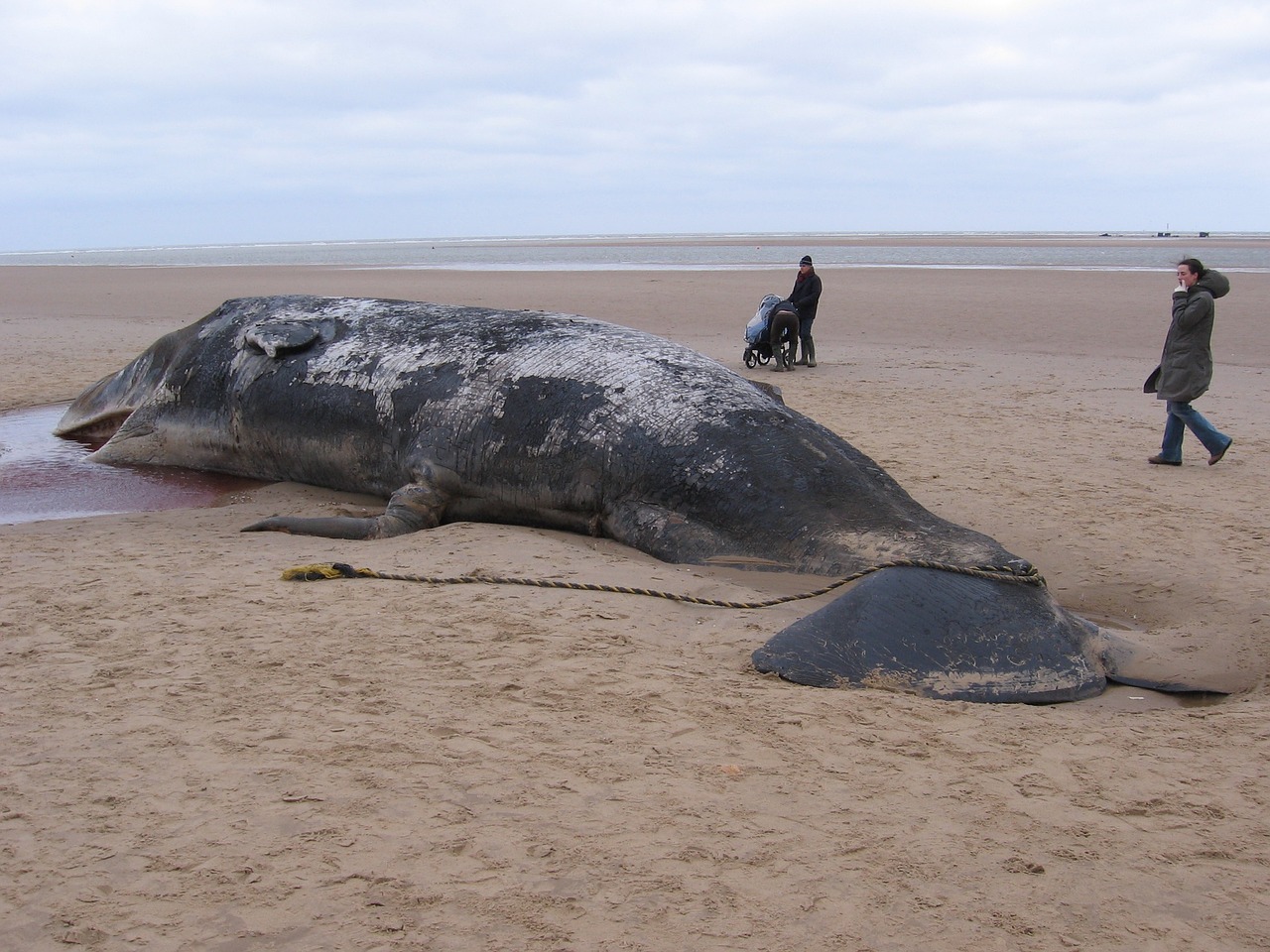 The BBC reported that Dr. Peter Evans of the Sea Watch Foundation said that despite suspicions that the beachings were a result of human impacts, that was not the case. The sperm whales beached themselves in shallow waters during the hunt for squid.

Some speculated that lack of fish in the North Sea was to blame and others thought that the use of sonar had possibly led the whales off course from their usual migration routes. According to Dr. Evans, there is no evidence of human derived impact.

Dr. Evans also said that the 30 stranded sperm whales made this event the largest stranding to be recorded in the southern part of the North Sea. According to the Sea Watch Foundation, two whales were able to swim back out to sea. All the whales are thought be from the same pod.

All of the stranded sperm whales are male.

Sperm whales are highly sociable animals and they maintain very close communication within their pods. Due to these social behaviors, it is possible that distress calls between pod members, via sonar, led to even more strandings. Female sperm whales stay in warmer waters year round. When male sperm whales reach adulthood they migrate to cooler waters. All of the stranded sperm whales are male.

Sperm whales have a long history of being cast in the public spotlight. Most notably beginning in the mid-1800s with Herman Melville’s classic, “Moby-Dick” and with the rise in popularity of whale-based products. Sperm whales can live up to 70-years.