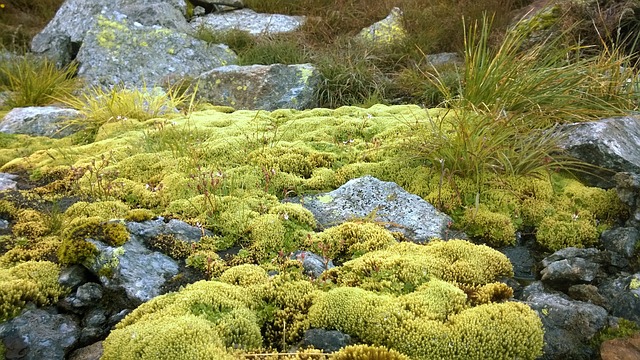 Lichens are known as the light green, flaky growths on tree bark. In science classes, they are taught to be a symbiosis – a mutually beneficial partnership – between an algae and a fungus. Now, lichen scientists have made the shocking discovery that many kinds of lichen actually have a third partner involved, upsetting more than 100 years of established textbook science.

Toby Spribille, lead author of the paper, is a botanist from the University of Montana who specializes in lichen. He and co-author John McCutcheon, a microbiologist at the same university and a research fellow at the Canadian Institute for Advanced Research, found a new kind of yeast on lichen that has escaped discovery for over a century, CBC News reports.

The fact that the yeast was right there and had not previously been found by other experts in the field caused Spribille and McCutcheon to doubt their results. “We had to check our data more than 10 times,” Spribille admitted.

It seemed to me so unlikely that so many people would have missed that.

Spribille, who had started studying lichens in British Columbia some 15 years ago, was intrigued by a series of essays lichenologist Trevor Goward had written. The essays were about two kinds of lichen in B.C. and Montana, considered as separate species for more than 100 years. The first, called wila or edible horsehair lichen, is brown-colored and was an important traditional food for early settlers in northwest North America. The second, a yellow-colored lichen called tortured horsehair lichen, was poisonous. Recent genetic analysis showed that the two lichens were genetically identical, made up of the same exact fungus and algae. Spribille though there was something odd about that and decided to do further investigating.

McCutcheon, an expert in advanced genetic techniques that he uses to study insects, agreed to help Spribille with the project. Traditional DNA analysis uses probes or lures to pinpoint certain characteristic regions of genetic material, based partly on what scientists are looking to find. Spribille describes this as calling out names in a dark room to see who is there.

Newer techniques look for all genes that are being translated into proteins via RNA, also known as “messenger” molecules. Spribille says this is like turning on the lights in a dark room, and McCutcheon adds that these techniques give an idea of what an organism is doing at a given time.

The researchers were surprised to find that the RNA they had turned up in their analysis of the lichen came not just from fungi and algae, but a mysterious third organism. Upon conducting more tests, the organism turned out to be a new kind of yeast that belongs to the group Basidiomycota – the same one button mushrooms fall under. It was not related to the yeasts used to make bread or brew beer. The yeast cells were found to be abundant in the poisonous yellow lichen but rare in the edible brown lichen.

The researchers ran the experiment enough times to convince themselves they weren’t looking at results caused by contamination, and decided to check if other lichens also contained yeast. Sure enough, many did.

“Each lichen has a specific strain of the yeast,” McCutcheon said. “These form several new fungal families.” DNA analysis show that the yeast has been in the lichens for more than a hundred million years, way back since the dinosaurs roamed the Earth and flowering plants first started to grow.

Spribille said their study “seriously challenges” many of the long-held assumptions that lichenologists have held on to for a century. He added that this now gives scientists “insight into how one of the most fascinating symbioses work.”

Goward, whose essays inspired this tremendous discovery, said he was delighted by the news. This would be the second major finding since the 1860s, when lichens turned out to be made up of fungus and an algae.