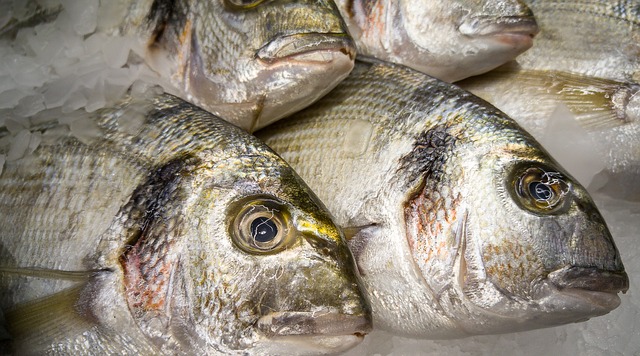 Leonardo DiCaprio, famous for championing environmental issues in high-profile events such as The Oscars, unveiled a new app called Global Fishing Watch at the Our Ocean Conference in Washington, DC.

The app lets anyone with an internet connection anywhere in the world monitor and track commercial fishing activity on the planet. Created in a joint venture by tech giant Google, non-profit digital mapping company Skytruth and ocean conservation organization Oceana, Global Fishing Watch allows users to view a world map with more than 35,000 fishing vessels moving around in real time, CBC News reports.

DiCaprio’s foundation was one of the project’s funders, and the app was made in an effort to address the problem of illegal fishing.

Josh Laughren of Oceana Canada says the app can monitor and hopefully deter illegal fishing, as it determined specific fishing behaviors and routes. Users can tell if fishing boats are going beyond their boundaries and into protected waters.

The data, Laughren explains, comes from publicly available identification technology that all ships have. The technology is a safety measure meant to prevent accidents on the high seas. It sends a ping to either a satellite or a land receiver every few seconds. Global Fishing Watch collates these pings to pinpoint the location and identity of a specific ship.

According to a 2013 World Ocean Review, 11 to 26 million tons of seafood are caught illicitly, and curbing these operations has been a very difficult task. Laughren points out,

Illegal fishing, especially on the high seas, hurts the planet’s food security. It hurts the fishing industry and the communities that rely on it.

Many of those in the fishing industry agree, and are hopeful that the app can indeed make fishing much more sustainable, giving the public power to help make a difference in the cause.

The app has a website that gives full instructions on what to do and how to track vessels, as well as an FAQ section to answer any questions that users might have on the operation and on commercial fishing technology.