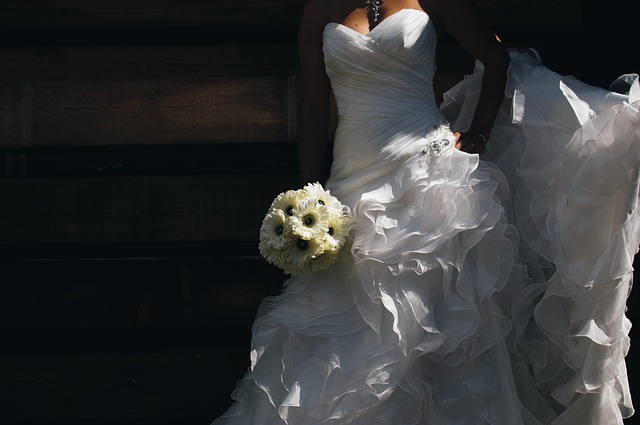 A bridal shop in Akron, Ohio that was forced to close its doors due to an Ebola scare is suing a hospital in Dallas. The lawsuit was filed after a woman infected with the Ebola virus tried on a dress in the shop. She was later identified as one of the two nurses who had treated an Ebola victim at the Texas Health Presbyterian Hospital, KHOU reports.

The shop, Coming Attractions Bridal, and Formal, claims that it “sustained hundreds of thousands of dollars in damages,” after customer Amber Vinson entered their store. Vinson treated Thomas Duncan in October 2014 – the first confirmed case of the deadly virus in the United States. She tried on a dress at the bridal store just days after Duncan’s treatment and was diagnosed with Ebola upon her return to Dallas.

According to the lawsuit, Coming Attractions had to close shop after learning of Vinson’s case, and that she may have been contagious when trying on dresses in their store.

Health authorities ordered the closure to prevent further exposure to employees and other customers.

Though Coming Attractions reopened in a month, the lawsuit claims the business continued to suffer losses and ultimately had to close permanently. The shop says it had maintained a successful business for 20 years before Vinson’s appearance. The hundreds of thousands of dollars in damages are from “loss in value of the inventory and premises, and loss of income and value of the Bridal Shop as an ongoing business.”

Coming Attractions is suing the hospital and its ownership, Texas Health Resources, of improper training and inadequate protection of its nurses despite the well-known risks of how contagious Ebola is. Vinson, the lawsuit further stated, took the hospital’s reassurances that there was nothing wrong when she went to Ohio to try on dresses for her upcoming wedding.

The other nurse who contracted Ebola while at the hospital, Nina Pham, filed a lawsuit last year claiming that the hospital was negligent in its protective care and alluding to the long-term effects of the fatal disease.