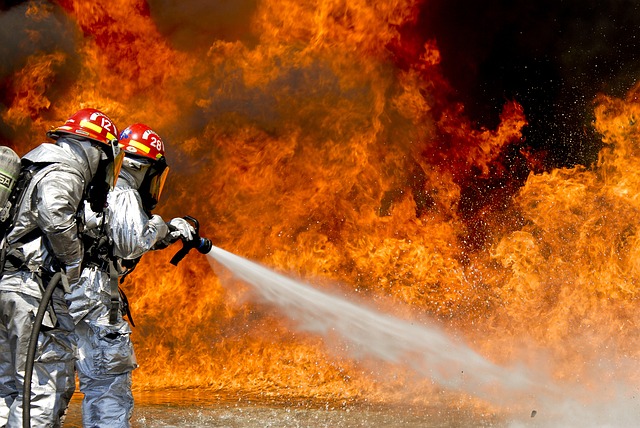 Firefighters have a higher risk of suffering a heart attack due to the hot temperatures they work in, a study suggests.

This may explain why heart disease is a leading cause of death among firefighters on duty, according to researchers from the University of Edinburgh, the BBC reports. The study, funded by the British Heart Foundation, took a look at 19 non-smoking, healthy firefighters who were randomly selected from the Scottish Fire and Rescue Service.

The participants underwent exercises while wearing heart monitors, including a mock rescue from a two-story building that subjected them to very high temperatures.

The researchers found that after the drills, the firefighters’ core body temperatures remained high for three to four hours after being exposed to the extreme heat. In addition, blood samples indicated that their blood was stickier and 66% more likely to form clots that may be harmful. The blood vessels also did not relax when medicated.

The team believes that the clotting was caused by a combination of fluid loss because of sweating, along with an inflammatory response to the heat, which made the blood more concentrated. This, in turn, increased the likelihood of clotting.

The exposure to fire also caused minor injury to heart muscles in the firefighters.

Our study has shown a direct link between the heat and physical activity levels encountered by firefighters during the course of their duties and their risk of suffering a heart attack.

There is some good news. Mills added, “However, we’ve also found that there are simple measures, such as staying well hydrated, that firefighters can take to reduce this risk.”

Mike Knapton, associate medical director for BHF, said, “It’s essential that firefighters are aware of this risk and take simple steps such as taking time to cool down and rehydrate after tackling a blaze. It’s also important for them to be aware of the early warning signs of a heart attack so that, if the worst should happen, they can receive medical attention as soon as possible.”

The study was published in the journal Circulation.