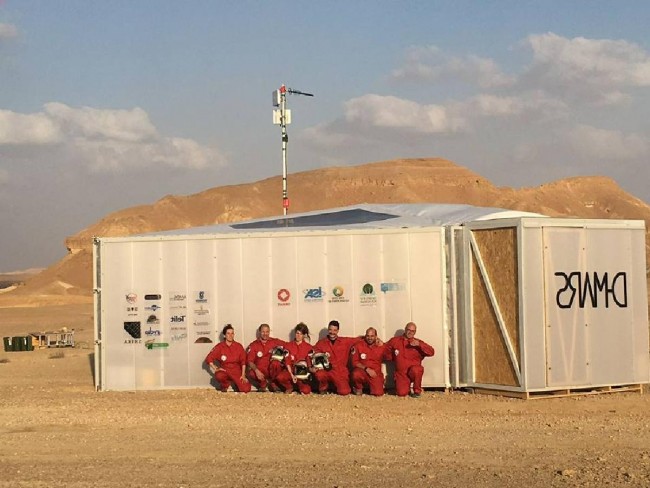 The experiment was conducted near the remote Israeli township of Mitzpe Ramon, selected because its surroundings are similar to the Martian environment in geology, appearance, desolation and aridity, the ministry said.

The researchers, called Ramonauts, investigated different areas relevant to a future Mars mission, such as satellite communications, radiation measurements, psychological effects of isolation, and searching for signs of any life in the dry soil, Reuters reports. They ate food from capsules, lived in confined quarters, and had to wear spacesuit whenever they left the pod.

One of the challenges we are trying to crack is building a spaceship and a motor that can fit in the long journey, the effect of cosmic rays on humans, leading and building a structure , living in a small isolated group, communicating with the Earth.

Guy Ron, one of the participating scientists and a nuclear physics professor from the Hebrew University in Jerusalem, said the projects was not only meant to look for new ways to design a future mission to Mars, but to increase public interest in the subject, as well. He said, “D-MARS is half about the research, and the other half is about the outreach. A major part of this project is getting public interest and getting students interested in space.”

The people behind the project hope that the Negev desert mission will help place Israel on the map in human space exploration, Tech Times reports.

The “D-MARS” project was conducted in Israel for the first time, in cooperation with the Israel Space Agency. The project is one of numerous Mars simulation projects currently taking place worldwide.