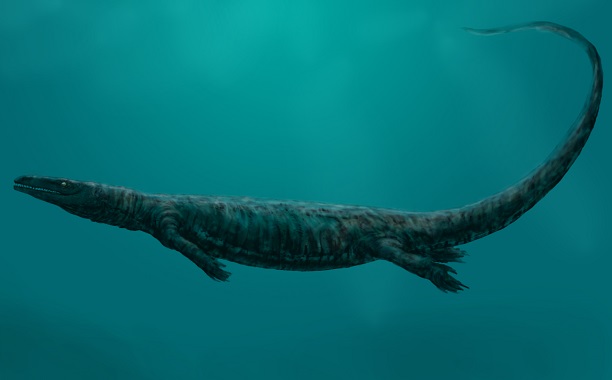 Researchers at the University of Toronto and Yale University have shed light on the story behind the gigantic marine lizards known as Mosasaurs and their breeding as well as birth, according to a recently published study in the journal Palaeontology.

In the study, which was published on April 10, researchers examined recently identified specimens of the ancient marine lizards at the Yale Peabody Museum of Natural History. After analyzing the specimens, researchers found the answers to some long-held questions about the predators who swam most waters on Earth prior to their extinction 65 million years ago.

Daniel Field, the study’s lead author, indicated in the study that the marine dwelling dinosaurs examined “are among the best-studied groups of Mesozoic vertebrate animals, but evidence regarding how they were born and what baby mosasaur ecology was like has historically been elusive”.

Analysis of the recently identified specimens, which were collected over 100 years ago and previously believed to be associated with ancient marine birds, indicated that the even the newborn mosasaurs lived in oceanic habitats and were likely born in such a setting. The study’s co-author Aaron LeBlanc was quoted in a EurekAlert release as having explained that the “findings suggest that mosasaurs did not lay eggs on beaches, and that newborn mosasaurs likely did not live in sheltered nearshore nurseries”.

Contrary to classic theories, these findings suggest that mosasaurs did not lay eggs on beaches and that newborn mosasaurs likely did not live in sheltered nearshore nurseries.

The first fossilized remains of the giant predators were discovered back in 1764 in a limestone quarry located in the municipality of Maastricht, which is southeast of the Netherlands.

In other recently reported dino-coverage here on Immortal News, a new species of dinosaur dubbed the “dragon of Quijang” was discovered in China earlier this year. The new species, which was uncovered in an area where a historian documented the discovery of “dragon” bones in 300 BC, had a 25-foot long neck which spanned nearly half the length of its body.