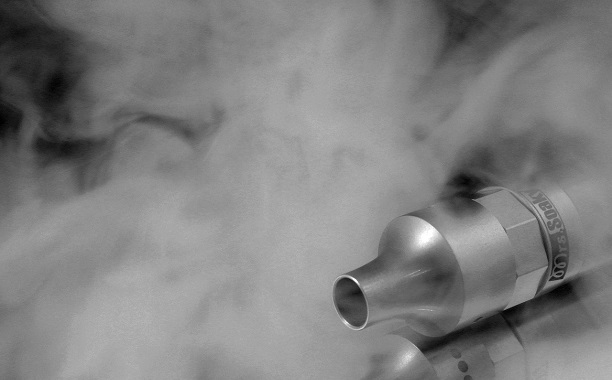 One such study, which was conducted in the Cell Biology and Physiology Department of the University of North Carolina and presented at the 2015 American Thoracic Society International Conference, found that some of the chemicals used to flavor the liquid nicotine used with e-cigarettes could alter cellular functions in lung tissue in a manner similar to tobacco. Not only that, according to the study’s findings, the chemicals could prove toxic in high doses.

Temperance Rowell, a graduate student at the University of North Carolina, was quoted by The Independent as having said that the “specific chemical components underlying the toxic effects of these e-cigarette flavors on cell viability, proliferation, and calcium signaling in airway epithelia are undergoing further study in our lab.”

Rowell went on to add that due to “increasing popularity of flavored e-cigarettes” it’s crucial that we explore “the potential health risks of these ingredients, and the causes.”

The specific chemical components underlying the toxic effects of these e-cigarette flavors on cell viability, proliferation, and calcium signaling in airway epithelia are undergoing further study in our lab (…) Given the increasing popularity of flavored e-cigarettes, a better understanding of their ingredients, the potential health risks of these ingredients, and the causes of these risks is urgently needed

Due to the promotion and presentation of e-cigs as a means to control ones smoking habits, they have become more accessible on the internet. The loose requirements for proof of ID make them widely available to minors, increasing the urgency for further investigation.

Action on Smoking and Health (ASH) indicated in a press release that researchers at King’s College London have come to the conclusion that in the past year, use of e-cigarettes has remained the same among current smokers (17.6 percent) and is extremely rare among non-smokers (0.2 percent). However, e-cig use has increased from 4.5 percent to 6.7 percent among ex-smokers — half a million more tobacco smokers in Britain than in 2014.

The researchers found the main reason for ex-smokers using e-cigs to be an attempt by users to quit smoking altogether, whereas current smokers cite the reduction of tobacco intake without the attempt to complete stop. Other popular reasons include permission to smoke in public areas, past success with cutting down tobacco, avoiding the production of second hand smoke and reducing the cost of smoking, which shows some of the perceived benefits of switching from tobacco to e-cigarettes.

Deborah Arnott, chief executive at ASH, indicated that the number of former smokers “staying off tobacco by using electronic cigarettes is growing,” which she claims shows “just what value they can have.” This notion aside, she notes that “the number of people who wrongly believe that vaping is harmful as smoking is worrying.”

The number of ex-smokers who are staying off tobacco by using electronic cigarettes is growing, showing just what value they can have. But the number of people who wrongly believe that vaping is as harmful as smoking is worrying.

While Arnott claims e-cigs are a less harmful method of consuming nicotine, people have been reporting symptoms ranging from throat irritation to dry coughs and shortness of breath while patients who used nicotine patches have yet to report such symptoms, which has led some researchers to believe that e-cigs are not the best alternative for quitters.

Also, according to ASH, the most popular type of electronic cigarette devices used in 2015 employ reservoirs packed with pure nicotine liquid. Misuse of this volatile fluid, known as e-juice or eLiquid, can lead to severe health problems and even death.

An unrelated study conducted by researchers at the University of California, San Diego School of Medicine has found that e-cigarette smokers are less likely to quit smoking than smokers who have never used e-cigs.