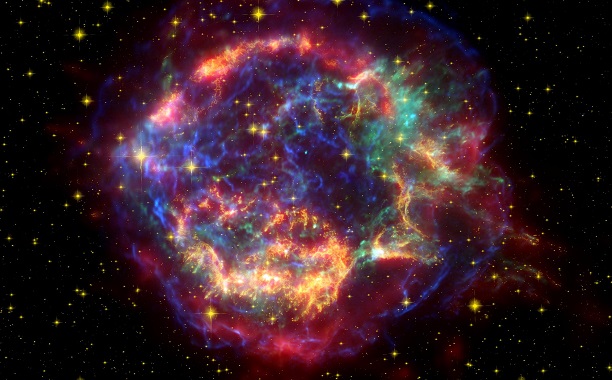 Images obtained by the Hubble Space Telescope of three runaway stars, which were flung deep into intergalactic space by their prior host galaxies, went supernova in the middle of nowhere, UC Berkeley reported.

The stars each went supernova independent of one another, deep in the void between galaxies.

A supernova is a catastrophic explosion in which a star ejects most of its mass. While it’s unknown just what causes a star to explode, perhaps gravitational collapse, astronomy has found that such instances can be observed, as exploding stars appear to increase dramatically in brightness when they go supernova.

While the three stars were first discovered between 2008 and 2010 via the Mauna Kea telescope — not the same as the proposed Thirty Meter Telescope which has raised controversy — it was data from Hubble and Chandra which allowed astronomers to generate imagery depicting what happens when a star explodes in the nothingness of intergalactic space. One such image shows blue and green hues indicating heated material encompassed by a pink glowing shell which illustrates the ambient gas shocked by the supernova’s expanding blast wave.

Earlier this year, we reported here on Immortal News of the first-ever images captured of an Einstein cross — a notion from Albert Einstein’s General Theory of Relativity which dictates that a supernova could be seen exploding not once, not twice, but four times as a result of gravitational lensing. The images, which were captured with the Hubble Space Telescope, offer confirmation to Einstein’s theory.What are your thoughts on exploding stars?