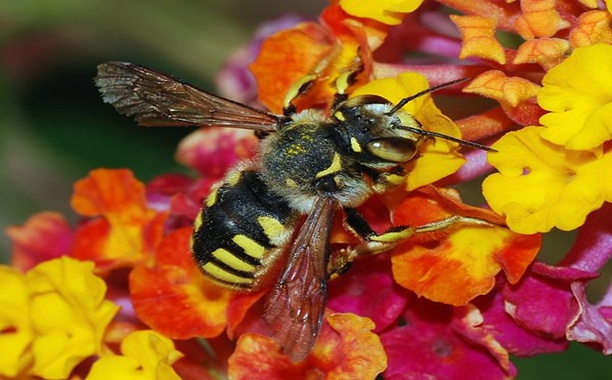 Aluminum contamination could be causing a Alzheimer’s like condition in the bee population, playing a role in their decline, according to the findings of a recently published study.

Bee populations have been dropping due to what is known as “colony collapse disorder” — the cause of which is presently unknown. Scientists have speculated that pesticides, pathogens, mites, and even certain beekeeping practices may have contributed to the population’s decline.

Researchers at Keele University and the University of Sussex are now speculating that exposure to aluminum might be yet another factor in the decline, as the metal could be causing a cognitive decline in the bees reminiscent of Alzheimer’s in humans, according to a press release on the Keel University website.

Prior research has suggested that when bees forage for nectar, they don’t avoid nectar which contains aluminum. Professors Chris Exley of Keele University and Dave Goulson of the University of Sussex decided to investigate whether this could be causing bees to accumulate aluminum within their life cycle. In order to test this theory, the researchers collected and tested pupae from the colonies of naturally foraging bumblebees in order to determine their aluminum content.

According to their study’s findings, which were published in the journal PLOS ONE, the pupae were found to be heavily contaminated with aluminum, with individual contents ranging from 13 to nearly 200 parts per million (PPM). To put this in context, when it comes to humans, a value of 3 ppm would be enough to prove toxic for brain tissue.

Professor Exley, who is a leading authority on human exposure to aluminum, said that their findings show another factor which could be contributing to the bee population’s decline.

Aluminum is a known neurotoxin affecting behavior in animal models of aluminum intoxication. Bees, of course, rely heavily on cognitive function in their everyday behavior and these data raise the intriguing specter that aluminum-induced cognitive dysfunction may play a role in their population decline: are we looking at bees with Alzheimer’s disease?

According to a report on CNN, bees not only have fairly complex brains, but there’s also evidence to support the notion that they’re capable of the high level cognitive function known as memory.

Previously reported here on Immortal News, the U.S. Department of Agriculture noted that over forty percent of the honey bee colonies died over the course of just one year.

What do you think is killing the bees?